The temporary title of this blog post was, “How to take pictures of your Bohol day tour with a 50mm 1.8f manual focus lens,” because I may have destroyed my go-to 18-55mm zoom lens for good when I went to Sagada before Christmas. It’s really hard to shoot with a fast lens when traveling, but, as I was forced to capture details, I’m quite happy with some of the results.

Our tour began at the airport where we were fetched by our tour guide from Bohol Rent a Car. (We didn’t actually rent a car, though you can take that option.) We immediately headed out to the  crowded Blood Compact site.  We then went to the Baclayon Church, where there were blessedly fewer people lingering on to see the restoration work and its small museum. 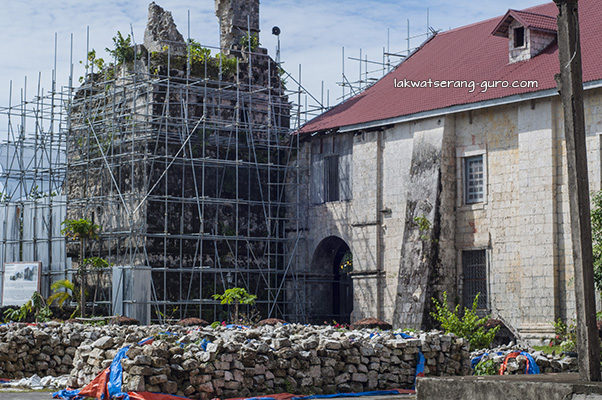 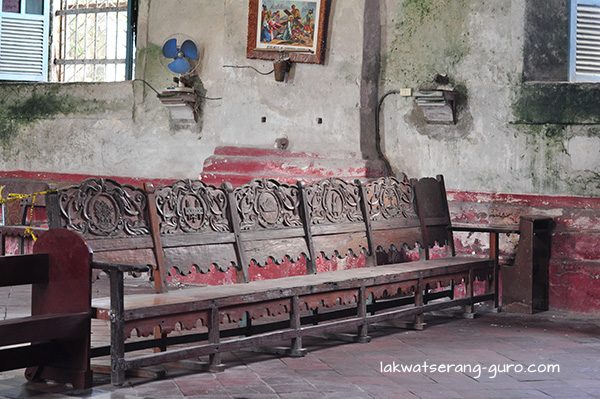 From Baclayon, we headed off to Loboc to view the church and to begin our river cruise.

We had our lunch on the boat that traversed the Loboc River. While the food was just okay, the sights were fantastic.

After the boat ride, we went to one of my most favorite places in Bohol — the Tarsier Conservation Center.

About a decade ago, and much to my envy then, I kept on seeing pictures of my friends holding and posing with tarsiers. This practice has been discontinued in recent years due to some tourists who, for reasons incomprehensible to me, got to shaking the tiny cutiepies to death. Now we can see them only on tree branches where these nocturnals are half asleep. 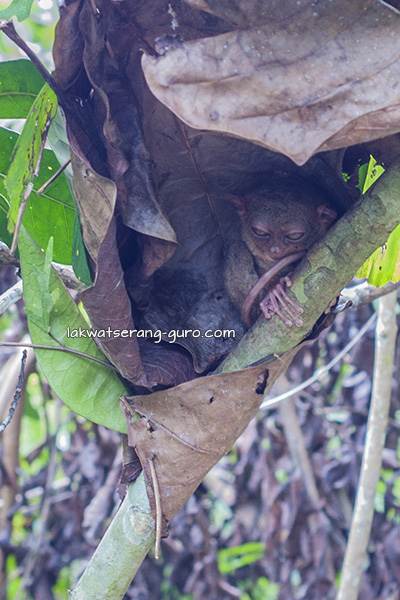 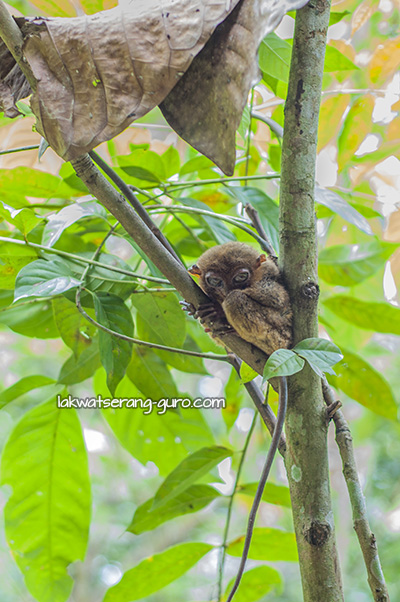 On the way to our next stop was the man-made forest in the town of Bilar. For two kilometers, the winding road is walled by towering mahogany trees which provides the area with shade and cool air. You can stop anywhere in this stretch to take pictures.

The man-made forest is a reforestration project that started in 1947 and addressed the deforestation of the Loboc watershed due to kaingin. More than 50 years later, our generation can bear witness to fully-grown trees. It is quite unfortunate, though, that mahogany is not endemic to the Philippines  and thus has serious implications to the biodiversity of the area. (Read the linked post for a really good read.)

After a brief tour of the butterfly farm, we went to Carmen where the Chocolate Hills can be viewed. And they’re way more awesome in reality than in my grade school textbooks!

The viewdeck was still under repair, but it didn’t stop the hordes of tourists who flocked there to see these limestone wonders. In December, they do not look particularly like mounds of chocolate. Nonetheless, they are a spectacular sight because there are just so many of them — there are at least 1,268 — and they are pretty unique geological formations, too. They are karsts — natural landforms  formed from the dissolution of limestone and other soluble rock. Other karst features in the Philippines include the ones found in Puerto Princesa and El Nido in Palawan, and in the Caramoan Peninsula. These ones are rugged and are more obviously products of rock erosion — which is why the evenly conical Chocolate Hills, in which you can find marine fossils, are so special. 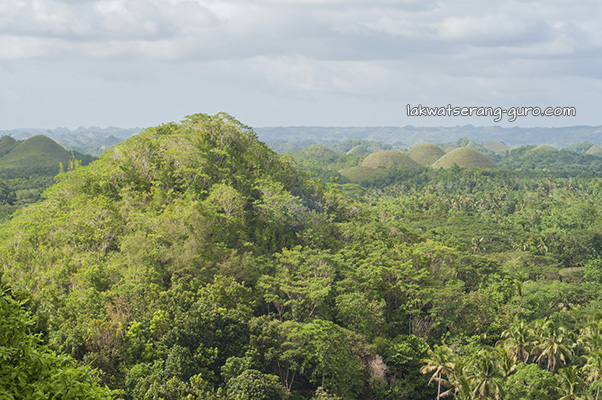 Our final stop, before we went to our resort in Panglao, was the Tigbao hanging bridge, apparently one of the best footbridges in the world as per CNN. It is made of bamboo and metal. Down below is the murky Loboc River. Crossing it means bouncing up and down with every step.

I did not find it terribly exciting, even when the other tourists started jumping up and down to rile up their companions. (This is just me; people have varying opinions on how scary it is.) On the other side are more souvenir shops, which basically shows you how much Bohol relies on its tourism industry.

6 thoughts on “Bohol Island in a Day Tour”