It’s been so long since I last posted here, I know! I’m ashamed to say I haven’t gone traveling in these past few months as real life (whatever that means) has really taken over.

I know I still have a lot of backlogs and I’ve been kind of lazy to update, but lately I’ve been told by a few people in real life that they do their planning (and daydreaming) based on my blog. So — you know who you are! — this is for you! And speaking of daydreaming, I’ve been looking at my pictures of Tokyo from my trip last May, and I get all sorts of happy and nostalgic feelings whenever I do. For the longest time I’ve wanted to share them with my readers, and finally I am doing so.

I’d like to begin by showing pictures of Asakusa and Sumida in Tokyo. Again, for those wondering: these were taken last May, so there are no autumn colors here!

When we were in Tokyo, we stayed in Asakusa, a district in the Taitō ward. Even though it was far from downtown Tokyo (i.e. Shinjuku?), guesthouses were cheap there, and it was quiet an experience walking along its quiet streets at the end of a very long day of sightseeing.

We arrived in Tokyo early in the afternoon on a Monday, and with the help of a very kind Japanese woman who walked with us all of the 15-20 minutes it took for us to walk from the train station to Sakura Hostel. It turns out that we were going to meet many other Japanese who were very helpful, so much that they would run back to us to clarify to us where we were supposed to go.

Asakusa is so lively in the afternoons. It’s one of the oldest tourist areas in Tokyo, and in 2014 it still is very busy and touristy. It’s hard to take pictures of the main sights because everyone else is taking selfies. Men with muscular legs would call out, inviting you to take a ride in their rickshaws. And, nearing the temple, souvenirs and food would get increasingly expensive. 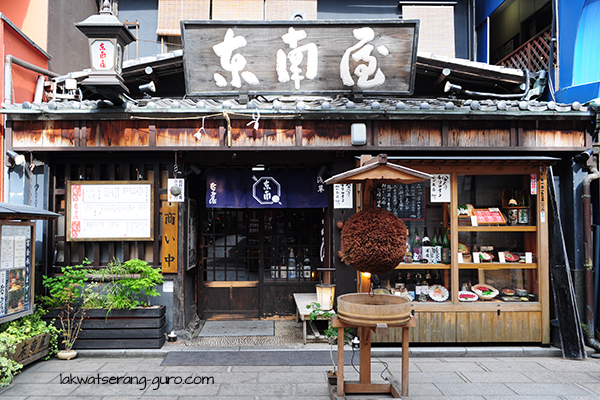 Asakusa’s most famous landmark is the Senso-ji, a Buddhist temple and Tokyo’s oldest.

We crossed the bridge over Sumida-gawa (Sumida River) to get to the quieter Sumida ward. We already saw the Tokyo Skytree from afar, so we were basically chasing after it.

Fun fact: I took the photo above not knowing who the statue is of, but a few months later, I got into watching Ryōmaden. (What can I say, this Tokyo trip had an effect on me.) Now this historical fiction TV series has a tourism featurette at the end of every episode, so imagine the shock I got when it featured this statue!

Our aimless wanderings got us into the Asahi Beer Tower (I guess we were expecting to drink beer??) and a small temple called Ushijima Shrine, dedicated to a bull deity, where a newlywed couple in traditional attire were getting their pictures taken. We eventually found ourselves in Sumida Park to take a breather.

At night, when the tourists have all gone back home, Asakusa is quieter and less lively; yet the illuminated shops are still quite lovely to look at. 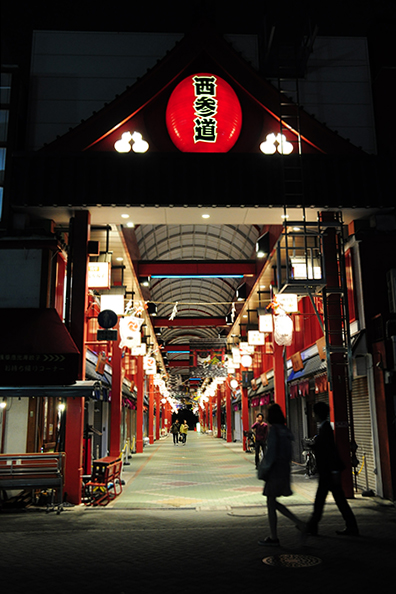 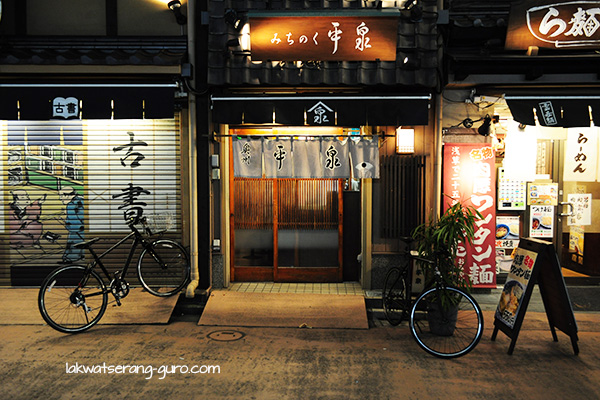 Next time, I’ll be writing about Ueno and Ginza! Here’s hoping it won’t take me too long this time around 🙂

5 thoughts on “Tokyo: Asakusa and Sumida”