I considered it a big problem, the fact that I hadn’t handled a camera in three months except to take 1×1 photos. I also needed a break from the gray contours of the city, and I longed for air that smelled of the sea.

But where to go during monsoon season? Edison and I alternately suggested places (and shot down each other’s ideas) until he came up with San Felipe, Zambales — he’d been there before, and it was a surfer’s paradise that isn’t too far from the city. So there we went, a group of teachers hoping to catch some beginner’s waves.

Unfortunately,  waves were too weak last weekend. But I got just what I needed: a break, fresh air, a couple of days disconnected from work and the internet.

We arrived in the early hours of Sunday, when San Felipe was pleasantly quiet and going to Arnel’s house meant walking along a dark, dark road. It was only when the sun had risen did I realize why — it was a house near fields flanked by mountains.

I didn’t expect to be trekking so early into our trip, but it was a pretty lovely trek across fields that still bear volcanic sand from Mt. Pinatubo’s 1991 eruption. The mountain ridges look as though nature shaded them with trees that contrasted against the lighter-colored grasses. At certain points in the trek, the air smelled of oregano that sprouted alongside the tall cogon grass.

The trek led us to the lovely Anghalo Falls.

We climbed the cliff on the right side of the falls to get to the next level. Here, under the cool rain, we had adobo and warm rice for lunch as we sat on the rocks and water streamed past our feet.

When the water started to slightly swell and become muddy, we started climbing back down. We had a few hours of rest back in Arnel’s house till we went to Sitio Liw-Liwa for the beach and sunset. During surfing months (the -ber months, according to the locals), Liw-Liwa has grand waves for advanced surfers. We were a few weeks early, though! 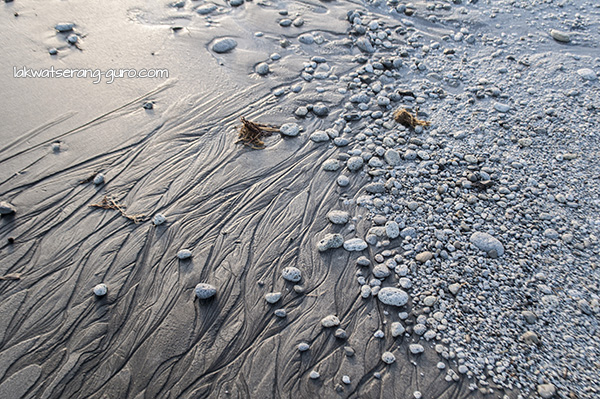 The next day, we took a bus to San Narciso, just south of San Felipe. We’d hoped to surf in Crystal Beach, but since there were no waves, we just lounged around and swam.

I nearly fell asleep on the sand — definitely a bad idea as I am currently nursing a sunburn. :p

To get to San Felipe, we took a an aircon bus bound for Iba, Zambales from the Sampaloc Terminal of Victory Liner. Fare is around P280 per peson. We alighted at the bus stop across the San Felipe market.

There are many resorts around San Felipe and San Narciso. The Circle Hostel in San Felipe looks like a great place where you could rent out hammocks for P250 per night and bunks beds for P350 per night.

Many thanks to Arnel for agreeing to host us at the last minute, and to my awesome fellow teachers/travelers Edison, Moore, Daniel, Jasper, Bon, and Xyviel!

8 thoughts on “A Weekend in San Felipe and San Narciso, Zambales”