Part One of my day tour of Siquijor can be found here.

My next pit stop after Cantabon Cave was a viewdeck on Mt. Bandilaan, where I had an expansive view of Siquijor. 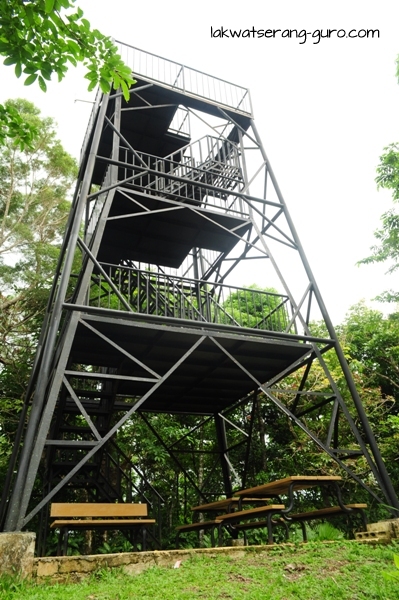 Afterwards, we went south to the town of Lazi, where we first went to Cambugahay Falls. It has three tiers and light-blue waters, and to get there, I had to go down several stone steps. (Going back up the road was obviously a chore!) I was alone among locals and a family of foreigners, but I couldn’t resist a swim!

I asked to be dropped off to the San Isidro Labrador Parish in Lazi. I snapped a few pictures of it and the convent across—the whole complex is part of a tentative list to be included in the Baroque churches of the Philippines, an entry to the UNESCO World Heritage Sites.

The church was empty save for some kids practicing a song and dance number. Afternoon light spilled through the windows. I took a moment to thank God I was there safe.

Next stop was the century-old balete tree. It would’ve been slightly creepy if not for the people who sold snacks around (and asked me the now-usual questions of why I was alone). I gave a donation here for its upkeep.

I asked the driver to stop at Sta. Maria Church, or the Church of the Divine Providence. Compared to the church in Lazi, this one looked modest, though it’s also more than a century old. One can find here a statue of Santa Rita de Cascia  holding a skull. I missed it by a few minutes, though, because it was taken for a procession. Local folklore states that the statue herself goes around town on her own and would return to the church with feet stained with grass and dirt.

Next was a public beach: the Salagdoong Beach Resort (entrance fee: P30). Pretty, although it could do away with the trash littered by the visitors.

There were families and barkadas who were there already, swimming, barbecuing and drinking. I was met with stares—some of the men were staring too long, and I resisted the urge to stare back as per warnings of my friends from Manila. And suddenly, I was hit with a wave of loneliness. I remember thinking that if my barkada were with me, we’d be the funniest bunch there, and there’d be someone taking account of our expenses, keeping our money, chatting amiably with the locals, planning the next impromptu stop, taking pictures and videos, dancing for everyone’s entertainment, and singing with me in the tricycle.

I was really tired by this time that I didn’t even bother to get out of the tricycle to take pictures of the Cang-Isok House, the oldest standing house in Siquijor (still standing in spite of the recent typhoon), and the mangroves in the Tulapos Marine Sanctuary. Anyway, it was getting dark.

I got back to Villa Marmarine with a little daylight left for a quick dip. Then, I lay in a hammock by the sea while I read my book until it got too dark. I was tired, but my head was abuzz. I was wondering how I could still enjoy my little trip — and I did enjoy it, immensely — even though I missed my friends badly.

Here’s what I thought then and could better articulate now:

11 thoughts on “A long day tour of Siquijor (part two), and more musings on solo travel”