Skip to content
The day after was rainy, drenching our plans of taking an island tour of Siargao. We simply decided to spend the morning in downtown General Luna after a short early morning visit to the Boardwalk. There was a black dog who followed us, or rather, led us to the Boardwalk, then followed us when we had coffee. We started calling him “Blackie”. Its actual name, as it turned out, is Taba, and is owned by the owner of Hippies Surf Shop, the local surf shop.

There on the Boardwalk, we saw the strong waves we were going to surf later in the day. 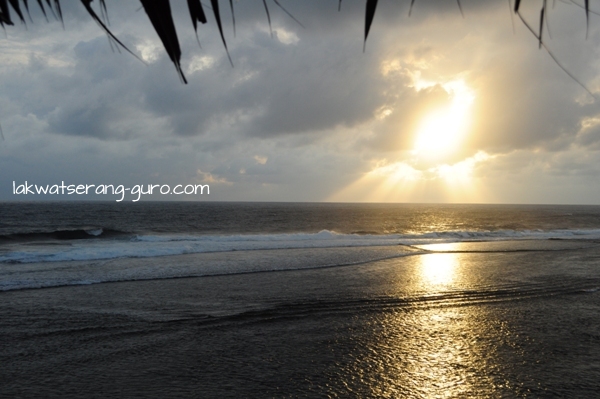 We took three habal-habals (P30/person) to GL and had brunch at Aventino’s, a well-known pizza place in Siargao. I had their bangsi-silog, sort of like a delicious crunchy tuyo, for P50.


Walking around the seaside brought us to a store where Edison and Moore sang some videoke in the middle of the rain. Then we walked along the white and occasionally rocky shoreline amid the drizzle and rain, looking for the beach near the cemetery. Just a few meters away, we saw kids swimming and playing with makeshift surfboards. We spent some minutes here swimming and mainly getting carried away by the waves.

Soon, we had snacks, bought supplies, and went back to Cloud 9 for an afternoon of surfing.

I admit that I was a little worried about learning how to surf because I don’t exactly have the best sense of balance in the world—but, really, one goes to Siargao to surf, right? Besides, I’m willing to try almost anything once. We first learned the basics on the shore—paddling, standing up, and the stance—and then we were off in the sea for an hour.

Angel and Edison learned the quickest. I tried to surf the wave once, twice, ten times…I really don’t know how many times I slipped and tumbled, but I do have a few bruises to show for it! At some point I was able to ride the wave for something like two seconds, but our instructors then told us that our hour was up. Rain was also starting to pour.

And then, one of the instructors (who also happens to be our habal-habal driver!) told me to take another shot at it. I transferred to another surfboard, a bigger one, and I paddled back to the sea.

“Para sa ‘yo ‘yan!” said the instructor as a wave approached. He pushed my surfboard, then I stood up…and before I knew it, I was actually riding the wave!

The instructor then said that I had to do it again. So I followed, him bringing me back to where the waves built up. The rain was getting stronger and the waves were slamming against my face already. I already wanted to go back to the shore with my friends—sure, I wanted to ride another wave, and the water was shallow, and I swim fairly well, but this was just ridiculous.

Still, I persisted, mainly because Kuya was insistent and I didn’t want to let him down as I’d already extended my hour-long lesson. One more push of the surfboard, and I was able to surf the wave again with my friends on the shore cheering me on. I finally got to yell “Cowabunga!” and remained standing even though I was dangerously close to the rocky shore.

Surfing in Siargao was fantastic. Already we’re making plans for another surfing expedition, this time in Baler.

In the meantime, though, we went back to Wayfarers to wash up and have dinner. We were going to eat our canned goods bought from General Luna, and Ms. Jane was gracious enough to heat our food for free. It was one of the best corned beef I’ve ever had! We spent the rest of the evening reliving the day by looking at pictures, drinking tablea chocolate and/or beer, watching Wow! Philippines videos on YouTube (Wayfarers has a strong Internet connection), and chatting aimlessly. We were finally so relaxed; we’d had months not feeling that way.