Sohoton Cove in Bucas Grande is…how to put it? Majestic. Enchanting. Quite unbelievable, really. It’s the true kind of beauty that cannot really be captured in photos or cameras; you’d have to see it to believe it. I’d thought I’d already seen some of the most beautiful places in the Philippines—and then there’s Sohoton.

We prayed for calm seas with no rain for our fourth day in Surigao del Norte. God must have thought we’d been good, for at 5am our boatman Kuya Dante called Edison, telling him that the seas were calm enough for us to go. So we packed our bags and said goodbye to Ms. Jane of Wayfarers – Cloud 9, headed to General Luna on habal-habals (backpacks balanced on our thighs), and at 7am headed out to Bucas Grande on a hired boat.

Bucas Grande Island is considered part of Siargao, though it’s a two-and-a-half-hour boat ride away. Throughout the boat ride we waved back at fishermen and had pretty views of the surrounding islands and islets and views of unbelievably turquoise waters. 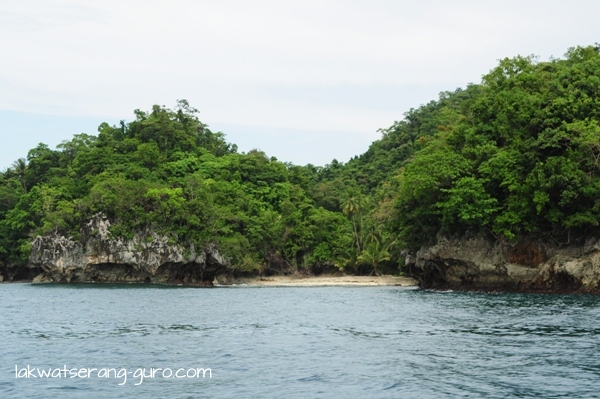 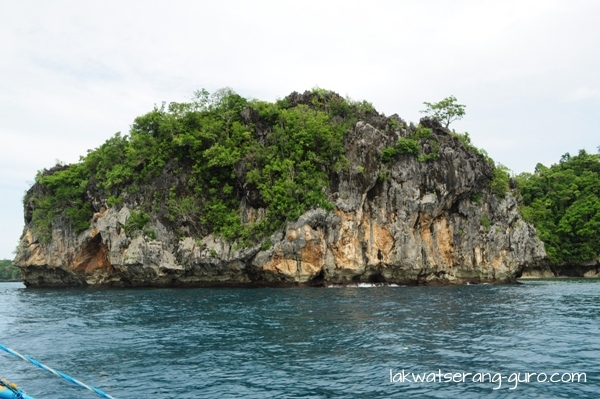 Nearing Sohoton Cove was like entering an otherworldly place. We all gazed our surroundings in awe. Truly, it was as though Kuya Dante was aptly named as he and his fellow boatmen steered us to paradise.

Pretty soon, we saw the receiving area of Sohoton. After briefly being introduced to Sohoton and paying the requisite fees, we donned life vests and got on a small motor boat to the Sohoton Cove—hurriedly, because the high tide was going to prevent our entrance. 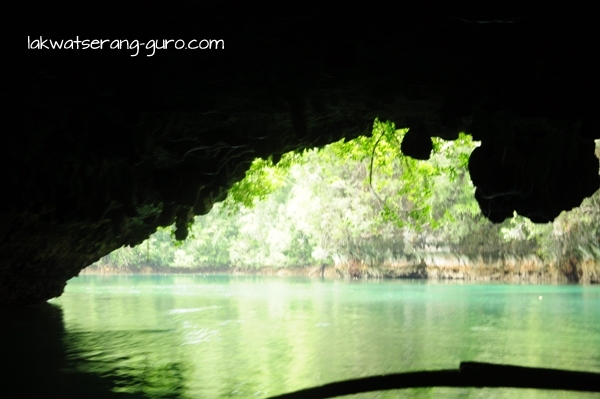 It was soon clear why: to get into the lagoon, the boat has to go through a cave half-submerged in water. On the other side is this lagoon of breathtaking beauty, with the clearest waters; apart from our voices and the motor of our boat, only the sounds of birds hiding in trees abound; I breathed in the scent of its lush, damp forest.

Our first stop was the Hagukan Cave, so called because of the sound created when water rushes in during high tide. “Kung maputi ka, mas puputi ka pa dito!” said our guide. I’d wondered what that meant, until we entered the cave. The floor was limestone white that it glowed in the little light that entered the cave, and we ourselves looked as though we were glowing.

The next cave had us climbing a bit to get out, until we were some 30 feet higher than the opening we entered. We already knew what we were in for: we had to jump 15-20 feet to the water below to get back to our boat. The hint was to look at our surroundings. I looked beyond me (and not at the water below), and jumped. I screamed when I broke the surface. We even have a video:

We went back out of the lagoon to the receiving area and transferred to smaller paddle boats. Smaller boats had only one passenger, while DJ and I shared a boat with a boatman. Then, we went to the Jellyfish Lagoon.

It’s not summertime so there were not too many stingless jellyfish in the lagoon, but we still found a few. We got to touch them, too. 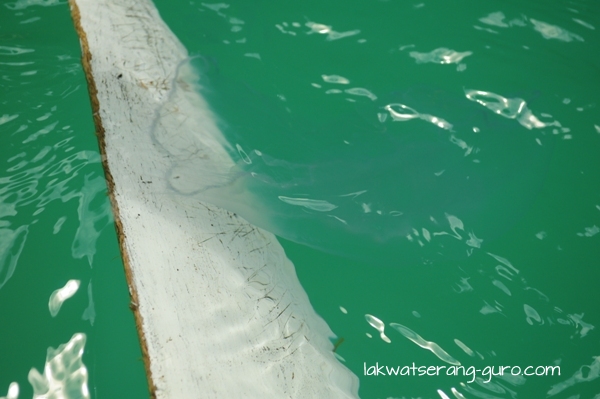 Too soon, we went back to the receiving point, where Kuya Dante waited for us in his boat to take us back to mainland Surigao.

We were in Sohoton for a very short while, perhaps for only three hours or so, and yet it packs more memories than the previous months. This is one of the reasons why I travel.