When Joey took me around Zamboanga City on our first day, he first explained what he’d meant by the city not following the rules. He was mostly talking about traffic and public transportation, and by my third day, I’d seen them all with my own eyes. For one, jeepney passengers whose destinations are near (say, less than two kilometers) would pay P5 instead of the minimum P8 fare. Also, as opposed to us in Manila who pay almost immediately upon getting on the jeep, passengers in Zamboanga would pay before getting off — no matter if they are causing traffic as the driver scrounges around for change for a 50-peso bill. And during nighttime, some motorcycles and tricycles would not turn on their lights (!) — Joey tells me it’s to save power.

Still, I loved this quirky little city. Say what you will about it, but it’s got character.

On my third day, Joey and I went up with his high school friends to Mt. Abong-Abong, a pilgrimage site especially popular during the Holy Week. We took a jeep going to Pasonanca and got dropped off where the road forked to the Mt. Abong-Abong Natural Park. From there, we had a rather pleasant walk on a paved road along small villages and farms amid the scent of grass and cow dung, going to the Stations of the Cross.

We dropped by the Freedom Park, which was under construction, where beloved former Mayor Cesar Climaco and his wife are buried. It’s widely believed that the military during the Marcos era was behind the assassination, as Climaco was staunchly anti-Marcos. There’s apparently a biopic about him starring Eddie Garcia, one I’ve yet to see (if there are any copies left in the world, anyway).

Thereon, though, the paved road became steeper and the climb more arduous, with little more than shrubbery and the stations to shield us from the late morning sun. There’s an obvious metaphor here for the adversities one has to face before reaching a reincarnation of the soul, or for the struggle to atone for one’s sins, or the obstacles toward the climb to success — take your pick.

After an hour of walking, at a quarter before ten in the morning, we finally reached the end of our climb. We didn’t really get to the peak, but I had quite a sight nonetheless.

In one of the cottages there, we gawked and laughed at yearbook photos, and I was left pondering on the insanity in all-boys schools and the awkward shift from teacher-centered to student-centered teaching. But only for a short while — it was already way past noon, and we were hungry. The walk back down was easier, of course, though my canvas shoes did little to stop my feet from being burnt by the hot concrete path.

We rested for a while in a sari-sari store — that ubiquitous tambayan of the countryside — before we headed to Pasonanca Park. There were a few things to see here, such as the Jardin de Maria Clara, which is dedicated to the late Mayor and Congresswoman Maria Clara Lobregat, who loved butterflies when she was alive. 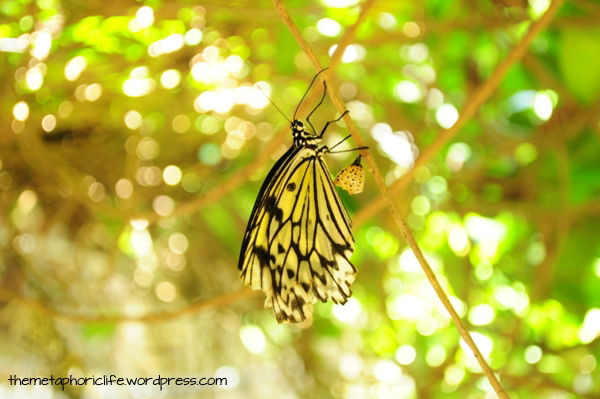 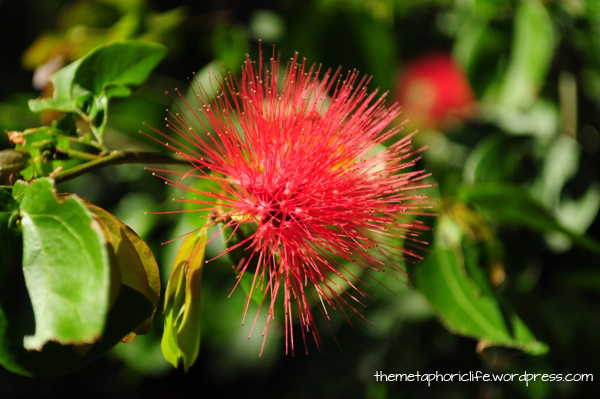 We also went to visit the Boy Scouts’ Camp and the famed treehouse at the water district. We were exhausted by then.

Later in the afternoon, Joey and I took a tricycle and headed off to the Canelar district, in the “barter trade center” where I bought souvenirs and pasalubong. Here’s where you can buy handwoven tubao, batik cloth, and imports from Malaysia (including chocolates and candies). I bought wallets and bags for friends; Joey made me bring a couple of bags of White Rabbit. I didn’t realize till then that I’ve missed them.

My “Last Supper” in Zamboanga was held in Palmeras, a famous hotel also famous for its restaurant. I was already unbelievably full even as I devoured my knickerbocker glory, which was composed of pandan jelly, watermelon, ripe mangoes, a delicious cream, and topped with strawberry sundae.

My flight was early the next morning, so I had to bid Joey’s family and relatives goodbye. I slept soundly in my hotel room — that is, till the ungodly hour of four, when my alarm sounded. I packed my bags and left my room at La Casa Maria, leaving the scent of huani mangoes behind.

There’s this place that keeps on haunting you even when — or especially when — you are not there, a place that reminds you of itself less than it makes itself felt to you. Joey writes about Zamboanga a lot — the place, as J. Neil Garcia had told him, that you could call his Macondo. I think my Macondo (for now) is the desert outskirts of Riyadh.

Yet I seriously got tears in my eyes when I left Zamboanga City that morning, for some reason, even though it’s a place I will surely come back to in the following years. How strange. It was only three days.

Here are the rest of my posts about Zamboanga City 🙂

Part One: Fort Pilar and the old town
Part Two: The Great Sta. Cruz Island and the Zamboanga City Hall